Welcome to the first in this series of write-ups of "OSCP-like" boxes as inspired by TJNull's great article about OSCP preparation.

The OSCP certification is a hands-on exam. With the requirement to hack multiple boxes in the exam lab and produce a detailed pentesting report it relies heavily on real world skills. To begin we will be hacking Lame from https://hackthebox.eu and because this is a retired box, we are allowed to post public solutions.

Lame is an easy Linux based box from HTB and was one of the earliest that went live. It is a very easy box but also a great example of how powerful some RCE vulnerabilities can be, especially in core networking services like SMB and Samba!

Lets start with an IppSec inspired nmap scan using the options nmap -sC -sV -oA nmap/lame 10.10.10.3 which will give us a good idea of what's on the box.

The nmap option -sC already ran the default ftp-anon.nse script for us and we can see that that the FTP allows for anonymous access. Nmap has also identified the version as vsftpd 2.3.4

This FTP server does not contain any interesting files but vsftpd 2.3.4 is vulnerable to a backdoor command injection. Running searchsploit vsftpd 2.3.4 will find a Metasploit module for this!

We could also google the service and version to arrive at the Rapid7 metasploit module documentation.

There are SSH vulnerabilities, but remote code execution is rare and SSH is usually reasonably hardened. Password spraying and stuffing are common techniques used by threat actors in real life but it's not as successful against CTF machines, so we will skip attacking SSH directly.

However, SSH banners can often disclose information about the Linux version. After a bit of googling we can discover that it's Ubuntu "Hardy Heron" 8.04 from 2008

SMB is a very popular target, both Windows and Linux have remote code execution vulnerabilities and misconfigurations are a common method for gaining a foothold or exposing sensitive information.

Unfortunately, at the time of writing, the virtual machine clock is out of sync and this means that SMB can fail to connect with the error protocol negotiation failed: NT_STATUS_CONNECTION_DISCONNECTED resulting in difficulty enumerating further

We can continue our enumeration by searching https://exploit-db.com for Samba 3.0.20 and find another Metasploit module. This time for a "Username map script Command Execution" vulnerability which looks promising. 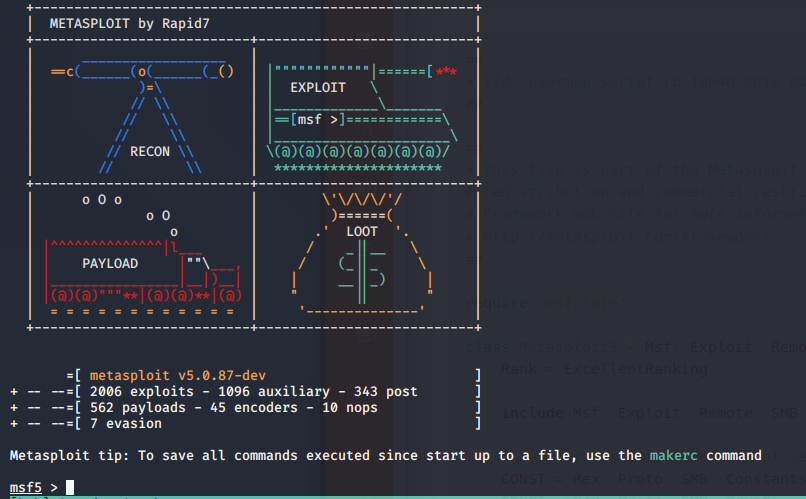 Searching for the VSFTPD backdoor with search vsftpd displays only one exploit, so lets use that.

Finally, we simply type exploit and...

Unfortunately, we get the "Exploit completed, but no session was created" error message which usually means that the target is not actually vulnerable. Perhaps some naughty CTF creator fixed it without updating the version and left us with a rabbit hole to get stuck in? ;)

That failure does not stop us though, we have more exploits to try!

Following the same steps as before we can use Metasploit again to try the Samba 3.0.20 username map command execution vulnerability.

This time we should see something much better, a successful command shell where can run Linux commands and we seem to be root!

You now have completely rooted this system, so pillage away and grab those user.txt and root.txt flags. Congrats on an awesome hack! 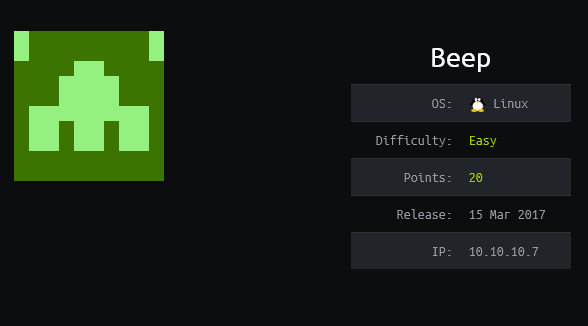 Continuing the "OSCP-like" boxes series with Beep from Hack the Box. Overview Beep is another CVE based machine with multiple
Sep 25, 2021
3 min read
Sep
25 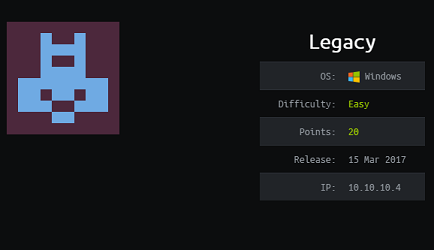 Welcome to the next in this series of write-ups of "OSCP-like" boxes. This time we will be attacking Legacy which
Sep 25, 2021
2 min read